Often when you hear or read about the evolution of something, it’s framed as a journey (although one company I worked for had an incredibly inappropriate ‘evolution’ slide that lacked any political correctness, and was presented boldly and proudly in sales meetings). Anyhow, back to the journey. Evolution is presented as this scenic journey down this winding road as you drive ever closer to your destination. To me, that sounds like a nightmare.

I’m not a big fan of car travel. But, there was a period of time when I traveled A LOT for work. I was in an airport pretty much every week. So I will chronicle my ‘journey’ through my experiences in airports.

When I first started traveling, my plan was to get to the airport just in time to board the plane. Well, you can imagine, with security and all, how that worked. After missing a few planes, I changed my plan to get to the airport early, really early. But what would I do with this extra time?

So, I started wandering around the airport shop looking for a way to kill time before my flight.  Then I saw it, ‘InTouch’ (a celebrity gossip magazine for those who are uninformed)! Improving my knowledge of celebrity gossip is what I could do to kill the time waiting for flights.

But wait, there were more Us, Star, People! This is good.

I liken those initial forays into airport commerce to getting started with analytics. Maybe you sign up and get the Google Analytics code. You slap it into the header of your site. No GTM, just brute force copy and paste. And you look at the Audience reports.

But wait, there are other types of reports. Then you see a pattern. They are grouped to answer specific questions:

Realtime – Who is on my site right now?

Audience – Who was on my site?

Acquisition – Where are they finding me?

Behavior – What are they doing when they get to my site-

Conversion – Are they converting- And you think, ‘well that’s a bummer, I’m not tracking conversions.’

Back to the airport. After a while the celebrity gossip stories became boring. How much of the Kardashians can one human being endure? So, I started to look around for something else. In my travels, often interesting and funny things would happen. Not interesting or funny enough for a book, mind you, but interesting or funny to my friends. Cards, postcards! I’d send my friends funny (I thought) postcards from where it happened. (Are postcards even a thing still?)

Moving along the analytic journey analogy. So now you’re comfortable with the reports. But they  are also becoming  a bit boring. Write your postcard. Take control of the narrative. Create segments! Now you’re talking. Now the reports are interesting and relevant, and relevant to people in other departments, not just you. So you start to share the reports and insights. Now you’re really talking!

Back to the terminal, I was beginning to realize that I was doing all of this traveling, but had nothing to show for it. Well, I had miles and points, but nothing tangible. So the search began . What would be useful, not that expensive and I could buy over and over again? Shot glasses! They come in all sizes. I could use them myself (well, not all by myself,that would be unhealthy) or give them to my friends. Now I had really hit my stride.

When we left our analytics traveler, he was making good progress with shared, segmented reports. But if you remember, he was still sad because the conversion reporting was not configured. But don’t worry. He set that up, and not just ecommerce tracking, but enhanced ecommerce tracking and not just one goal, but several goals both big and small. And with those goals came funnels, some long, some short.

And now he could share his conversion performance findings with his friends in other departments! He had really hit his stride.

After achieving ‘gold status’ with the airline, it occurred to me that if anyone looked in my kitchen cabinet, they might think I had a severe problem. There is a limit to how many shot glasses a person should have. Time to move on to the next, better thing. Wandering around I noticed a cute t-shirt. And it was on sale. I’d found the next step of my journey.

Our friend enjoyed great success sharing his conversion findings and recommendations with his friends in many departments. But now all of the reports were starting to look the same to him – like he had too many shot glasses in his analytics cabinet. And he was starting to be  asked questions he did not quite have the answer for. It was time to look to a higher analytic power. He was finally prepared to undertake the attribution reports! Be brave. Soldier on!

Back to my days as a  frequent flyer, I had come to a sad conclusion, between concert and airport t-shirts, there was just no more room in my dresser. At a crossroad, I made a bold decision. I would make a bigger investment in an item, but not buy the item at every airport. You guessed it. Hoodies!

And after ‘mastering’ the attribution reporting, our analytic traveler had reached a similar crossroad. He had reached his dresser limit of insights he could get in-tool. Time now to take the plunge. You guessed it: Data Science!

And we’ll leave our travelers at that, for now. You do know we haven’t even scratched the surface….Duty Free Stores, Airport Malls. Stay tuned. 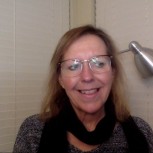