Among the many tracking items site owners require, one we have to mention is the Element Visibility. Imagine you have a promotional banner or a specific form you want users to see. You can’t always rely on page load as this does not provide an accurate user view of your site. Well, this is where the Element Visibility Trigger comes in.

Much has been written about Element Visibility triggers on the web and there is plenty of information available in Google Tag Manager’s documentation about this powerful trigger. Beyond doubt, this trigger is packaged with Awesomeness! and praising Google Tag Manager for adding this feature wouldn’t be biased. Not only does it eliminate the need for adding a custom script to achieve the functionality of firing a trigger when the element is visible in the viewport, but it goes beyond that promise by triggering on the dynamic elements appearing on DOM.

Before going deep into the discussion and exploring the debugging and troubleshooting part of the Element visibility trigger, let’s talk about what this trigger is for and discuss its mechanics and how you can configure it.  To do this,  we’ve divided this article into two parts.

This first part is for those who are unaware of the power of this trigger or those who wanted to refresh their memory about the trigger configuration and its specification. In a later post, I’ll look at troubleshooting and identifying common problems with the Element Visibility trigger

Part1: What is The Element Visibility Trigger in Google Tag Manager and how does it work?

Elements available on page load
A hero slider on a landing page is available on the first fold of the page and you want to fire an event or some remarketing pixel whenever a slide with a special promotional message is visible to the user.

To be honest, there are numerous scenarios where the trigger could be utilized in the day-to-day activities of a digital marketing practitioner, a tracking implementation specialist, or, AdTech or MarTech professional, but I tried to come up with real-time scenarios people can relate to.

Without going into deep discussion let’s look into the configuration of the Element Visibility Trigger.

There is a difference between selecting ID and CSS selector methods:

ID
This selects a single element based on the value on the ID attribute, you can add multiple IDs separated by commas to fire this trigger.
For example:
#promotion-banner, #footer

CSS selector: You can add multiple CSS selectors, comma-separated, and it would fire whenever the element with a CSS selector is visible on the viewport.

When should the trigger fire?

There are options to determine the firing frequency of the trigger. Let’s briefly discuss each of them:

This allows you to specify how long the element should be visible on the viewport before this trigger fires, with the value specified in milliseconds. It is important to note this would calculate the cumulative time visibility on the page. For example,  suppose you have selected 10,000 milliseconds and the user sees 5000 milliseconds and scroll down the page, and then scrolls back to the same area of the page and the element is again visible for 5000ms. Only when the cumulative visible time reaches  10,000 milliseconds will the trigger fire. The image below shows how to set the minimum on-screen duration.

This is the most powerful feature for element visibility, and my favorite as well, because it enables us to fire on elements not present in the DOM when the page is rendered in the first place. It enables you to fire on the dynamically added elements in the DOM.

The classic use case would be when the Form is submitted successfully and a <div> dynamically appears against the asynchronous submission of the form and a customer satisfaction or survey form appears after the e-commerce transaction is completed successfully.

After praising the Google tag manager trigger and briefly discussing its configuration and features, we’ve come to the end of Part 1. Look for Part 2 in the coming weeks where I’ll discuss troubleshooting –  which I know is the part most of you are here for! 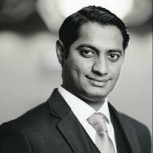 With more than 7 years experience working in the competitive environment of Web Development and Digital Agencies, Furqan is known as a team player as well as a solution provider.